You are here: Things to Do > Babbacombe Theatre

* The box office hours vary throughout the season or tickets can be booked online via their website.

An asset to the English Riviera for over eighty years Babbacombe Theatre is renowned for wowing audiences with their highly acclaimed family variety shows, most especially since 1986 when Matpro Limited took over the venue.

From its earliest days, the theatre had many years of successful summer shows and it became known for its reputation of hosting household names on the threshold of their careers, including in 1955/56 Bruce Forsyth, who headlined in the Hedley Claxton’s ‘Gaytime’.

From its heyday in the 1970s, successive failures in the early 1980s led to the council deciding to close the theatre, however Colin Matthews, who had been operating the theatre since 1986 took on a new lease in 1990.  Since then, he has turned the venue into one of the most successful theatres of its size in the country.

Colin still owns and operates the venue, and his achievements continue to be recognised. Apart from winning, the award for, Outstanding Contribution to Tourism in 2016, his efforts to maintain 5-star entertainment at the venue, has meant the theatre is now ranked on TripAdvisor, as the Number 1 ‘Things to Do’ in Torquay as well as the Number 1 venue under Theatres and Performances in Torquay.

View a clip of Starlight here

The venue with its extended season running from February to October, as well as the visiting touring shows providing early and late dates, and the now regular Christmas Show, the Babbacombe Theatre has productions running virtually throughout the year.

New shows are constantly added to the theatre’s programme of events, with many household names specifically requesting to appear on the Babbacombe boards. To keep abreast of who you can see appearing at this celebrated venue, refer to venues website alternatively contact the Box Office. 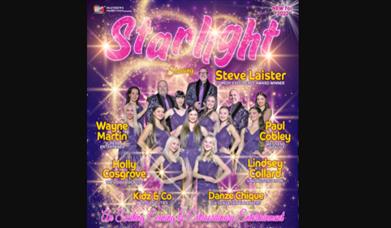 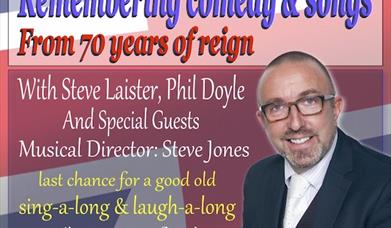 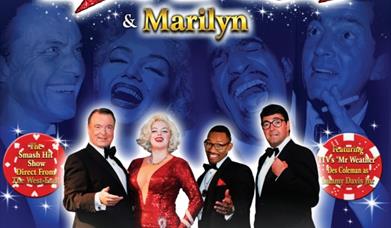 The Rat Pack and MarilynThe star studded cast of the UK’s original and longest running Rat Pack show have achieved many accolades and awards after appearances worldwide, including seasons in The West End, A Royal Command Performance and numerous T.V shows including Strictly Come Dancing for The BBC last year. These…
more info 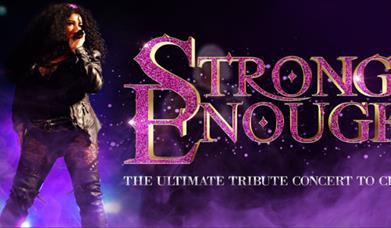 CANCELLED - Cher - Strong EnoughGet ready for an unforgettable evening, celebrating the global superstar and great female icon that is Cher. Featuring all of the classic hits including Turn Back Time, I Found Someone, Believe, Strong Enough, Gypsies Tramps and thieves, her modern Abba remixes and many more. This is one…
more info 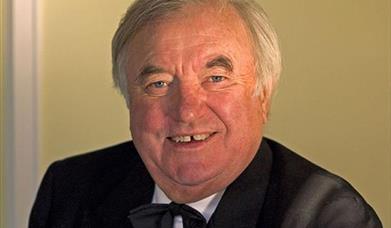 Jimmy Tarbuck ‘A life in showbusiness’Jimmy Tarbuck OBE, known affectionately as 'Tarby', is one of Britain's favourite comics and has a television career spanning over forty years. Still a major hit on the comedy circuit after a varied career beginning as a Redcoat at Butlin's and then as compere at The London Palladium. Today, he…
more info 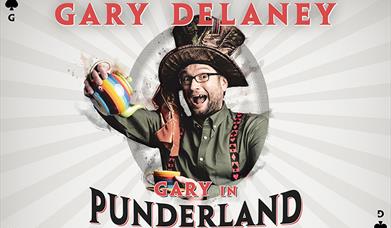 Gary Delaney: Gary in PunderlandGet ready to dive into a rabbit hole of the best jokes in the world - star of Live at the Apollo and sell-out sensation Gary Delaney is back! One of the most sought after joke writers in the country and longstanding Mock the Week special guest, Gary has been through the laughing glass and he’s…
more info 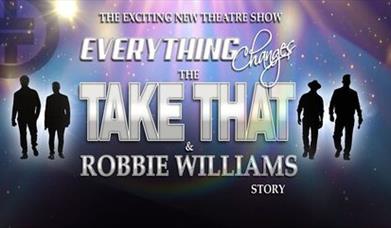 Everything Changes - The Take That and Robbie Williams StoryEVERYTHING CHANGES with their LIVE band & dancers are over the moon to be bringing the songs of UK chart topping band, Take That, to the Babbacombe Theatre stage. Take That have taken the world by storm for over 3 decades, before separating as a 4 piece and Robbie Williams left to his own devices.…
more info 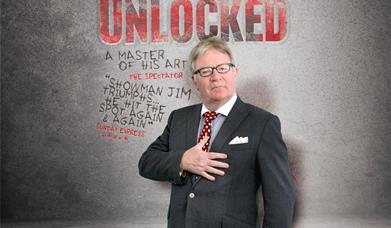 Jim Davidson - Unlocked 2022 TourAfter months of Lockdown, and with the comedy pressure valve set to explode, the people’s favourite is back with a brand-new show for 2022! More outrageous than ever. Jim Davidson OBE, one of Britain’s greatest ever comedians is unlocked and asks you to breakout too and join him on another…
more info 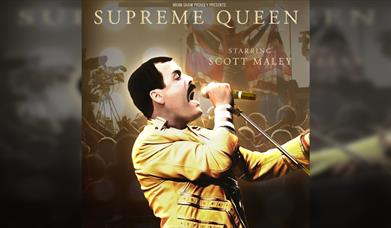 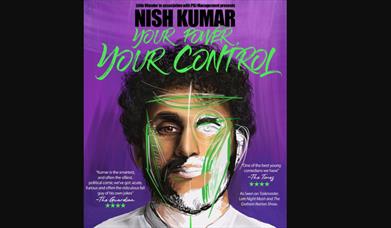 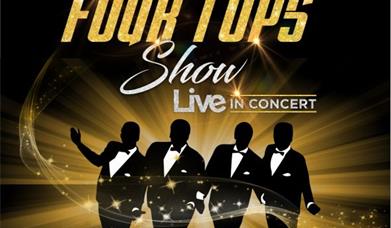 The American Four Tops ShowIt’s the show jam packed with sweet soul music and Motown magic that continues to leave audiences dancing and chanting for more following each outstanding performance. Featuring the voice of Mr William Hicks, high-stepping choreography and superb vocal harmonies hit the stage with all the glitz of…
more info 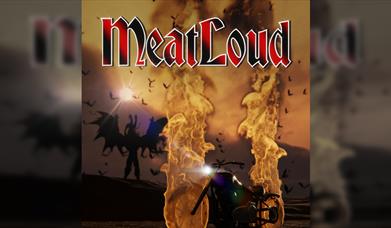 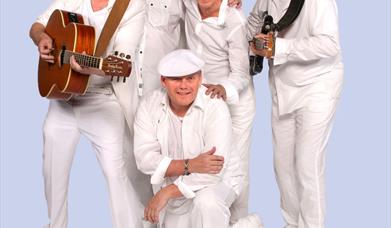 The RUBETTESThe Rubettes stormed their way to the top of the UK charts, with their million-selling single “Sugar Baby Love” and went on to repeat their incredible success story Worldwide! With their famous White Caps and a unique Doo-wop/Rock ‘n’ roll style, they notched up a string of international hits with…
more info 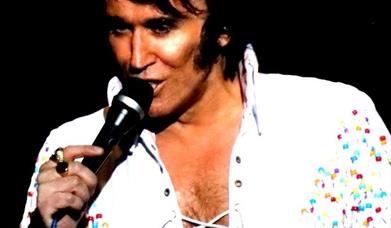 On Tour with ElvisMichael King is widely recognised as the best in the business at being Elvis. Backed by his superb backing band and singers, this show is what many in the Elvis world describe as one of the most authentic and dynamic Elvis Presley tribute shows ever. It has been said on many occasions that Michael…
more info 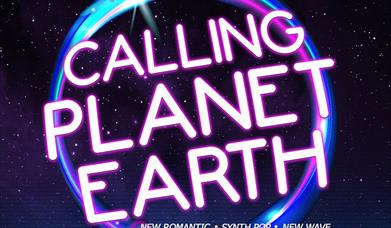 Calling Planet Earth“THE SHOW THAT DEFINES A DECADE” A New Romantic Symphony that goes on a journey through one of the greatest musical Era’s of All Time – The Electrifying 80’s Featuring songs from now legendary artists such as DURAN DURAN, SPANDAU BALLET, THE HUMAN LEAGUE, ULTRAVOX, TEARS FOR FEARS, DEPECHE MODE,…
more info 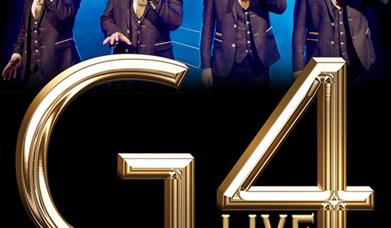 G4 LiveThe UK's No.1 classical vocal quartet, are back with another exhilarating tour - G4 LIVE! Having exploded into the industry and the public's hearts back in 2004 on the first series of the X-Factor, G4 continue to blow people away, year after year, with their unique style and impactful harmonic…
more info 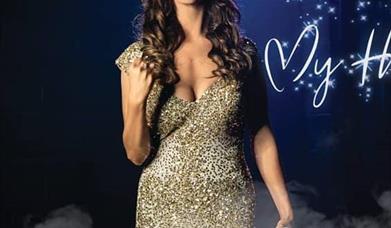 Celine - My Heart Will Go OnExperience the ultimate Celine Dion tribute Concert as it tours across the UK. My Heart Will Go On is a stunning celebration of the music and life of one of the greatest singers of our time. Starring January Butler as ‘Celine Dion’ and an outstanding live band, the audience are taken on a magical…
more info Sinderella - Adults OnlyBy official invitation of Prince Charming, you are officially invited to The Royal Ball this Autumn as Adult Panto Tour return with the most magical, naughty tale of them all, Sinderella! Will poor Cinderella make it to the ball or will her wicked Step Mother Detox (Drag Race Season 5 and All Stars…
more info

Chris McCausland – Speaky BlinderStar of the Royal Variety Performance, Would I Lie to You? Have I Got News for You, QI, and Live at the Apollo... One of the UK's top stand-ups Chris McCausland is on tour with a stand-up show about life, family, and loads of other nonsense as well! Tour extended due to exceptional demand! "A joke…
more info 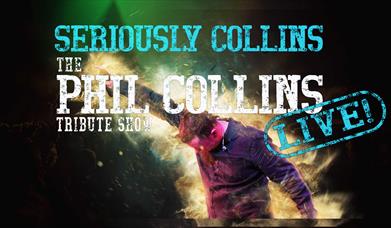 Seriously CollinsSERIOUSLY COLLINS – 10 Piece Phil Collins/Genesis Tribute- Saturday 15th October 7.30pm A genuine tribute to the biggest artist of our generation. Packed with hits and fan favourites, this two-hour extravaganza will take you back to Phil in his hey-day.   Featuring the award winning tribute to the…
more info 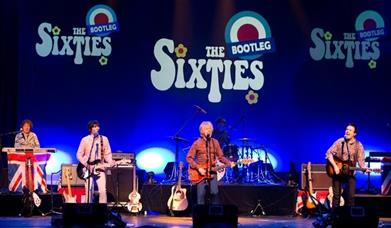 The Bootleg Sixties featuring The OverturesThe Sixties were without doubt the most dynamic and innovative of decades, and their impact upon society is still being felt throughout the world even now. The huge changes in music, fashion, and culture which the Sixties brought about have left an indelible mark on the world, one which will…
more info 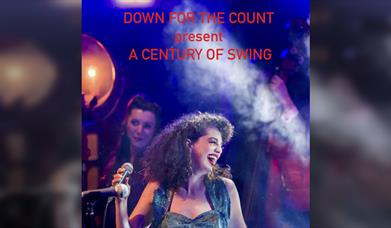 Down For The Count presents A Century Of SwingJoin the UK’s hardest swinging band Down for the Count for “one hellova celebrat...
more info 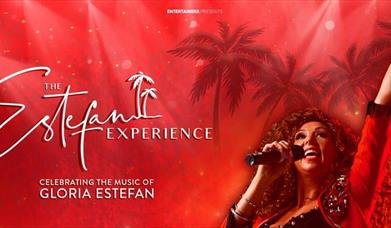 The Estefan Experience - Rhythm Is Gonna Get YouWith over 100 million album sales, 26 Grammy Awards to her name and featuring 11...
more info 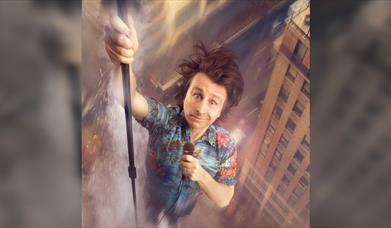 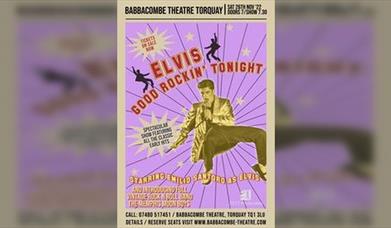 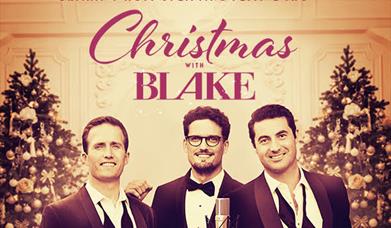 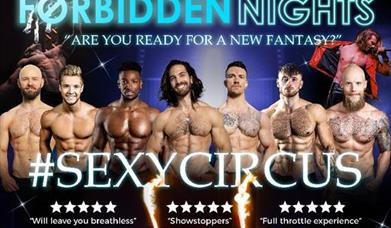 Babbacombe Theatre is situated on the beautiful Babbacombe Downs, in Babbacombe, Torquay; located only 5-10 minutes away by car from Torquay’s harbour side. It is easily accessible from other resorts on the English Riviera, Paignton and Brixham, Car parking: There is restricted on road parking however, there are numerous pay and display car parks within walking distance.