You are here: Things to Do > Torquay United Football Club 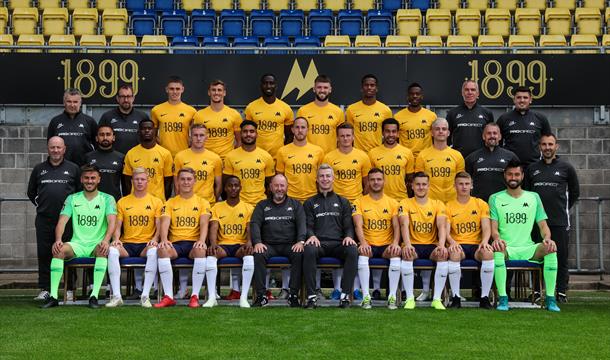 Torquay United have represented the local community for over 120 years. Formed in 1899 by a group of school leavers, the club’s long history has included memorable cup runs, giant killings, promotions, and even the odd visit to Wembley Stadium!

Having spent nearly 80 years in the Football League, Torquay United AFC is determined to establish itself amongst English football’s elite clubs once again.

Based at Plainmoor, the ground is regarded by supporters as one of the most attractive and welcoming in the country, with many rival clubs’ fanbases choosing the fixture as an opportunity to visit the English Riviera.

Aided by their devoted supporters, home matches regularly attract attendances of between 2,000-5,000 people, ensuring the region’s only professional sporting team are always the biggest show in town. The club can also boast a large travelling contingent, with United fans travelling in their hundreds, sometimes thousands, to away matches all over the country.

Although proud of its heritage, Torquay United also prides itself on being a forward thinking, ambitious club which focussed on scaling new heights in the future. There has never been a better time to join us in our exciting journey up the football ladder!

The 2019/20 season sees Gary Johnson’s men return to the National League, following their National League South title success last season. The club’s first championship win in over 90 years has reinvigorated the whole club as they set their sights on a return to the English Football League.

Torquay United set a number of records during 2018/19, including attracting a record 5,351 crowd to their final home match of the season. Following this success, the club have recorded their best season ticket sales in over a decade, as supporters across the region respond to the team’s resurgence.

After cutting his managerial teeth with Newmarket Town, Gary left the part-time side in 1988 to become player/coach of the Cambridge United’s reserve side. Johnson’s coaching ability soon caught the eye of those at the Abbey Stadium, and in 1990 he was promoted to assistant manager under John Beck.

The pair oversaw a remarkable spell for the club, which saw them rise from the old Fourth Division to the verge of the First, and in 1993 Johnson  was given the opportunity to become manager himself. A switch to Kettering Town was followed by a spell working with Watford’s academy side, before Gary became the Latvian national coach between 1999-2001. During this time, he helped launch the Premier League careers of Southampton’s Marians Pahars and Arsenal’s Igor Stepanovs.

Johnson returned to England in 2001 as he was installed as the manager of Conference side Yeovil Town, and so began four seasons of unprecedented success for the Somerset side. After securing the FA Trophy during his first season in charge, he followed this up by leading the club into the Football League for the first time in their history. Yeovil wasted no time in establishing themselves as a force in the division, and after narrowly missing out on the play-offs in their debut season, they swept all before them on their way to securing the 2004/05 League 2 title.

Yeovil were more than holding their own in League 1 the following season when Bristol City came calling, and after leaving Huish Park to become manager of The Robins, Gary secured City’s promotion to The Championship the following season. In their first season back in the second tier, Johnson’s side came within 90 minutes of a place in the Premier League, as they went down 1-0 to Hull City in the 2008 Championship Play-Off Final.

Short spells at Peterborough and Northampton followed, before a return to Yeovil Town saw Johnson secure another promotion to the Championship, courtesy of a 2-1 win over Brentford in the 2013 League One Play-Off Final at Wembley Stadium.

Gary’s next task was reviving Cheltenham Town, following their relegation from the Football League. Yet another promotion was secured, as Town won the National League title at the first attempt, becoming the first side since 1989 to do so, before leaving the club in August 2018.

Less than a month later, Johnson was announced as the new manager of Torquay United, where he would go on to secure the sixth promotion of his managerial career by winning the National League South title – United’s first in 92 years. 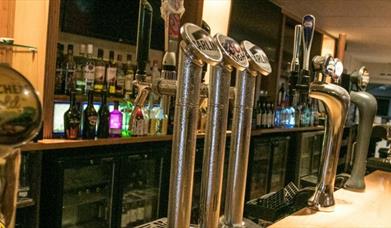 From the end of Riviera Way (A3022), turn left up Hele Road (B3199). Continue to Teignmouth Road, and at the first mini roundabout take a left and immediate right up Westhill Road. Continue straight on, through the traffic lights onto Warbro Road. From here take a right into Marnham Road.