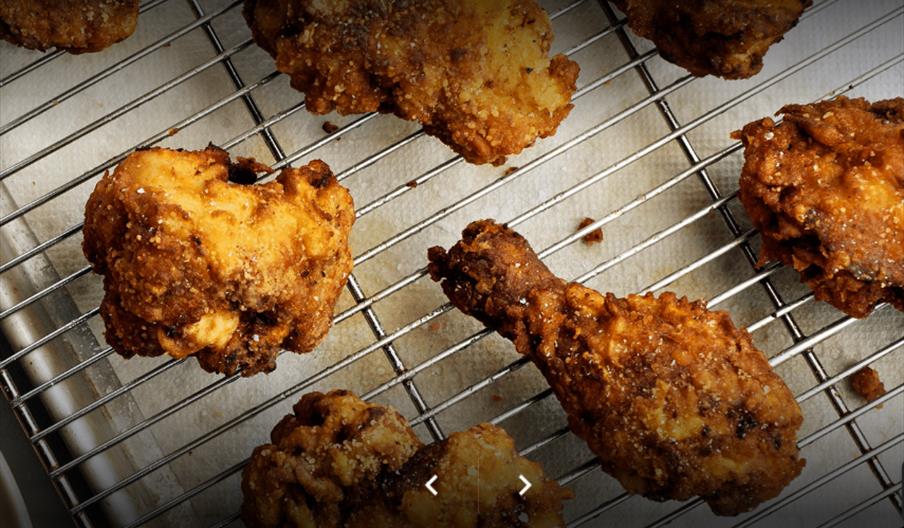 All of our food is freshly prepared in our restaurants using only the highest quality ingredients. Enjoy a delicious KFC meal today. There's something for everyone!

A network of franchises grow across the USA and by 1964, the Colonel feels it's time to slow down, and sells the KFC Company to investors. The Colonel quality remains high and the first UK restaurant opens the following year. By 1976, the Colonel is named the 2nd most recognisable celebrity in the world after an independent survey.

His legacy lives on through his Original Recipe chicken and the company logo adapts over the years, with the Colonel's face remaining at the forefront of the design. In 2006, the latest logo gets introduced in a big way, spanning 87,000 square foot of the Mojave Desert.

To create healthier food and lower the carbon footprint, palm oil is replaced with rapeseed oil in the UK in 2011. There are now over 860 restaurants in the UK, one that becomes a concept store in 2014.