You are here: Home > What's On > Drascombe Rally 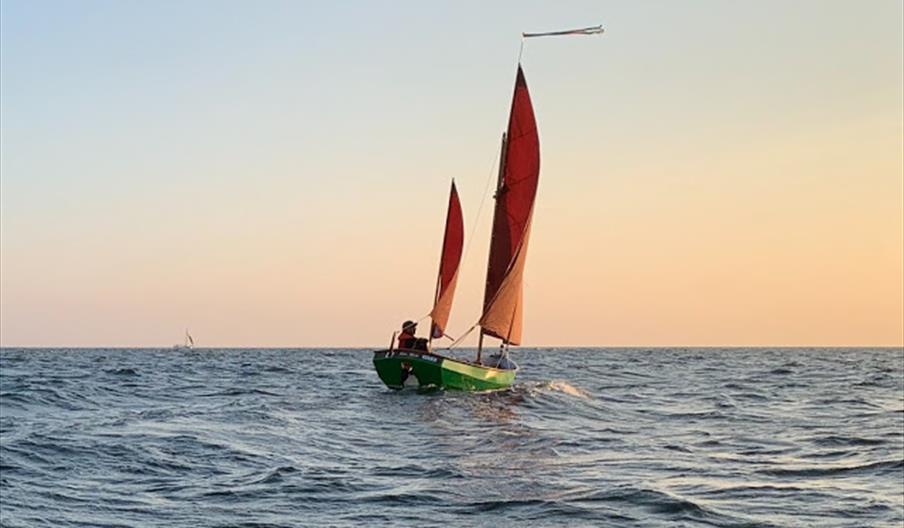 The Drascombe Association is a group of of over 1000 enthusiasts dedicated to the traditional-style sailing boats designed by the late John Watkinson. Over 5000 Drascombes of all types have been built since the first Lugger was launched in 1966. They are all simple, rugged, and seakindly.

Based at Brixham Yacht Club, the Rally will take in some of the more remote anchorages in and around Torbay with the aim of allowing Teign-based boats easy passage home at its conclusion. Facilities at the Club for liveaboarders. Suitable both for beginners and old salts. No organiser's fee.

The Drascombe story starts in the early 1960s with John Watkinson, a former Royal Navy officer, building a boat for himself and his family. John's requirements were for a daysailer, capable of being trailed, stable (to counterract his wife's tendency to seasickness), and safe; but capable of giving an experienced sailor a lively and exciting sail. The boat that John hand-built in a barn on his farm at Drascombe Barton was inspired by the working boats of England's North-East coast, which themselves can trace an ancestry back to the Vikings.

The first Drascombe Lugger was an immediate success and its obvious commercial potential prompted John to initiate production of the boats in GRP. Other models followed, but all following the original philosophy of safety, robustness, and fun.

Plans of Drascombe boats for amateur builders have not been available since the death of John Watkinson, the designer, in 1997.

Here we give a brief specification of various types of Drascombe. This does not claim to be a complete list.

Although most models are or were available in GRP, some types of boat were only ever build in wood.