You are here: Things to Do > Agatha Christie Mile 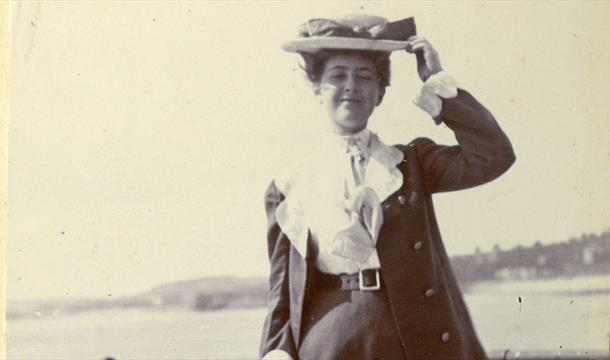 Drift back into the style and opulence of the Jazz Age as you retrace the steps of the world’s best-selling author along Torquay’s seafront. Starting at either the Imperial Hotel or the Grand Hotel, the Agatha Christie Mile takes you to some of the places that were inspirational in her life and works, with seven unique plaques to find along way.

12 Places to look out for on the Agatha Christie mile:

The Grand Hotel – Where Agatha spent her honeymoon night with her first husband, Archie Christie on Christmas Eve 1914.  Archie, a qualified aviator with the Royal Flying Corps came home on leave from France. The Grand Hotel now has The Agatha Christie Suite named after Torquay’s most famous resident which can be booked, and with a double bedroom, a twin bedroom and a lounge area accommodates up to 5 guests.

Torre Abbey Gardens – Home of the Potent Plants Garden, an Agatha Christie inspired display with a variety of fascinating plants that may kill or cure! Containing less potent varieties of the poisons and potions used in her books such as cyanide, morphine and ricin, literary fans will love trying to solve the mystery of the missing story titles using the clues in the four garden beds.

Princess Pier – A favourite spot of Agatha’s for roller-skating with her friends during her youth, and built in the same year she was born. Take a waterfront stroll along Torquay’s palm-lined promenade to the end of the pier to watch the world pass by in fishing boats, sightseeing cruises and jet skis.

Princess Gardens located on Torquay's seafront promenade, features in the crime novel, The ABC Murders. With beautiful flowerbeds, exotic palm trees and lawns, the coastal views are stunning. The nearby Royal Terrace Gardens, known locally at Rock Walk with subtropical Mediterranean plants and an illuminated staircase offers an elevated and unrivalled vantage point to enjoy the entire bay.

The Pavilion – Once a thriving art nouveau style Edwardian concert hall and theatre which attracted the most famous and celebrated artistes of the day such as composer Sir Edward Elgar, pianist Rachmaninoff and ballerina Anna Pavlova. Agatha was a regular visitor and whilst attending a Wagner concert at The Pavilion, Archie Christie proposed to the young Agatha Miller.

Agatha Christie Bust – in 1990 a bronze statue to commemorate the Agatha Christie Centenary Year was unveiled by the author’s daughter, Rosalind Hicks on Palk Street. Dutch sculptor, Carol Van Den Boom-Cairns was commissioned to create the handcrafted bust in her likeness, the only dedicated memorial anywhere in the world.

Beacon Cove – this delightful hideaway is a short walking distance from Torquay harbourside and opposite the Royal Torbay Yacht Club on Beacon Terrace. It was here that Agatha used to swim regularly, once known as Ladies Bathing Cove.

Imperial Hotel – this elegant Victorian four-star hotel featured in several of Agatha’s novels: Peril at End House, The Body in the Library and Sleeping Murder. Perched elegantly on the cliffside with Peaked Tor Cove nestled behind it, from the hotel there are wonderful views across the Bay. Opened in 1866, the hotel has hosted many important guests including Emperor Napoleon III of France, Prince Albert and The Beatles. Agatha attended many social functions at the hotel in her youth.

The Strand ­– this popular harbourside shopping promenade is mentioned in several of Agatha’s novels.

Torquay Museum – Home to the UK's only dedicated Agatha Christie Gallery, you’ll find lots of props used in the ITV adaptations of Agatha Christie’s Poirot, including Poirot’s desk, furniture and fireplace from his London Art Deco apartment and his iconic walking stick, one of Miss Marple’s outfits and some of the author’s personal effects and first edition novels. Agatha’s father was a member of Torquay Natural History Society, later to become Torquay Museum. 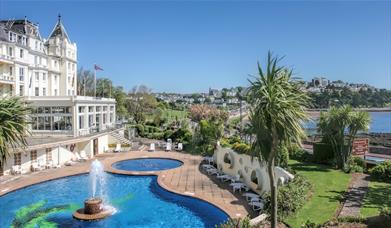 The Grand Hotel, TorquayFor old world grandeur and traditional British charm, the Grand has been Torquay’s landmark hotel for over 130 years. Overlooking one of the finest bays, this elegant Victorian hotel offers 132 individually styled bedrooms, The Grand spa, AA rosette restaurant 1881 and is surrounded by 22 miles of… 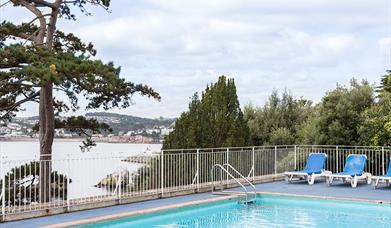 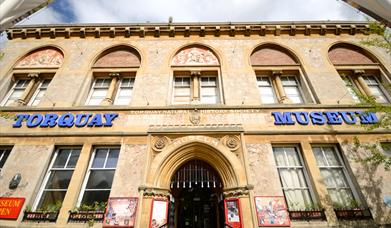 Torquay Museum, TorquayTravel back through 400 million years of time at Torquay Museum – a hands-on family-friendly visitor attraction, with lots to see and do for children and adults alike. An English Riviera UNESCO Global Geopark Key Site. 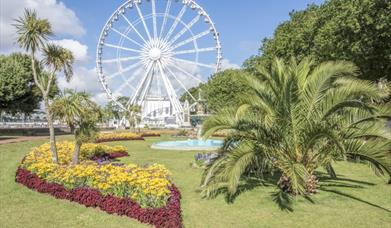 Princess Gardens Torquay, TorquayA wander along Torquay's seafront will take you alongside Torquay Marina and through the pretty waterside Princess Gardens, a promenade lined with palm trees, well-manicured flowerbeds and an ornate water fountain. 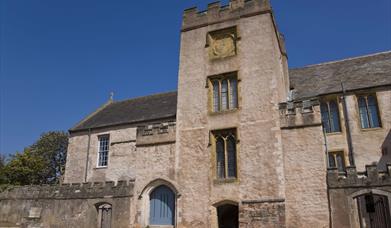 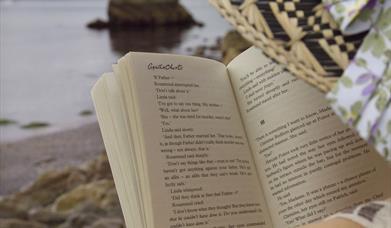 Beacon Cove, TorquayBeacon Cove is a perfect haven away from the main beach of Torquay, close to Haldon Pier. There is a small promenade above a tiny shingle beach and its sheltered position makes it a warm sunny spot even out of season. At the turn of the century this beach was known as the Ladies Bathing Cove. The… 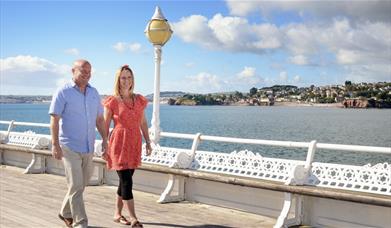 Princess Pier Torquay, TorquayThe pier, built in 1890, is the perfect place to stop and gaze out to sea, or to enjoy watching the constant comings and goings in the adjacent marina. 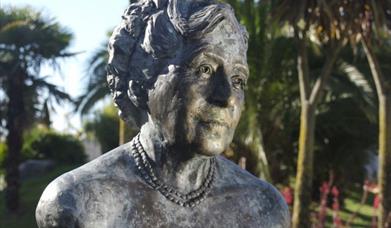 Agatha Christie Bust Torquay, TorquayAgatha Christie was born in Torquay in 1890 and the English Riviera celebrated her centenary in 1990 with the creation of a hand-crafted bronze bust in her likeness. 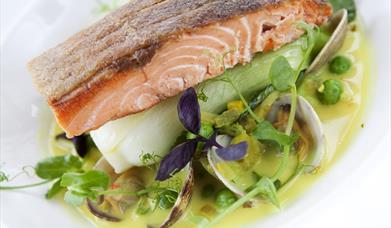 Conferences at The Imperial Torquay, TorquayWith nine meeting rooms, ranging from small boardrooms to sumptuous Suites seating up to 350 delegates theatre-style, The Imperial Torquay provides the ultimate choice and flexibility for your meeting or event. To contact our events team, please call 01803 294 301 or… 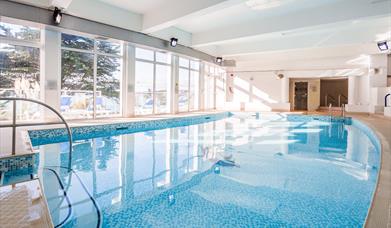 The Imperial Torquay Spa, TorquayLocated in the Health & Leisure Club, a range of spa treatments by Decléor are available at The Imperial Torquay including facials, body massages and manicures. Combining nature’s purest and most potent active ingredients, Decléor scientifically selects and masterfully blends premium Essential…