You are here: Home > Be Inspired > Conference and Meeting Venues > Torre Abbey 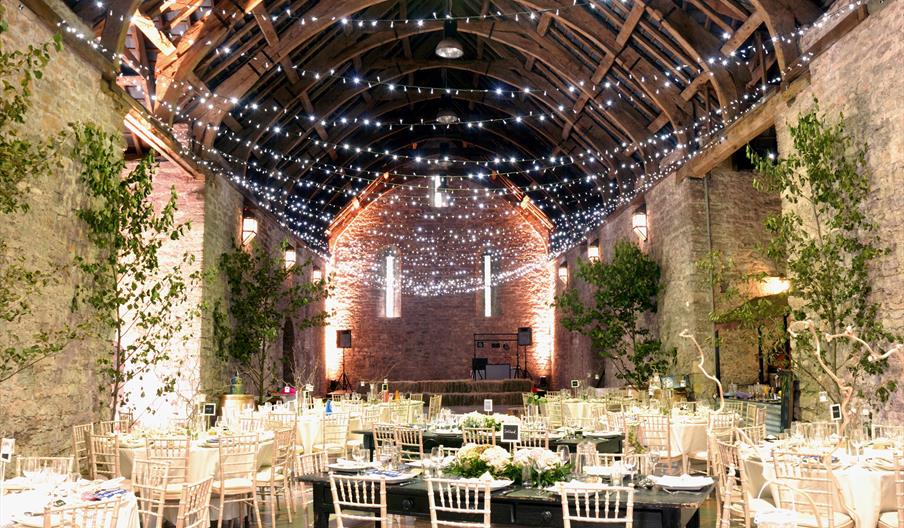 Torre Abbey is once again open to the public following major restoration works.

Following the successful delivery of phase I, Torbay Development Agency was commissioned to oversee the next phase which restored the south range elements and improved the interpretation inside the building.

House family trails and children’s garden discovery backpacks help bring the Abbey to life and visitors of all ages can discover an array of hidden mysteries through personalised tours available in booklets or apps.

With its fine gatehouse, guest hall, abbot’s tower and remarkable undercrofts, the Abbey is the best preserved example of a medieval monastery in Devon and Cornwall. It also has one of the five most complete early medieval tithe barns in England.

There have been a number of famous visitors to the Abbey. These include Vice-Admiral Lord Nelson (1801), Caroline, Princess of Wales (1809) and Queen Elizabeth II, who has visited on a number of occasions.

The Spanish Barn, adjacent to the house, is so named because it played an important role housing 397 prisoners from the Spanish Armada. The prisoners were taken from the only galleon captured during the conflict - the Nuestra Senora del Rosario.

With a wealth of exotic and exciting plants, the gardens are a tranquil haven of beauty and pleasure, the perfect setting in which to relax, stroll or picnic. Exuberant plantings of herbaceous perennials, roses and dahlias sit in the formal 19th century landscape around the Abbey ruins.

The heated glasshouses, containing tropical and desert plants, are a treat for the senses whatever the season. A new medieval children’s garden is garden within a garden and has been lovingly created to entice people, of all ages, into the fascinating world of medieval plants and their uses. Turf seats, willow tunnels, sensory planting and a fountain offer the opportunity to explore, look, touch, and taste.

The restoration project has also created learning spaces, including a new educational suite built in the south-east wing, providing opportunities for students of all ages to get involved and explore the history of the site.

From mid September the Abbey is open from Wednesdays - Sundays. Last admission is at 4pm.

Torre Abbey is closed during January and February.

* We are open Tuesday to Sunday throughout the year.

From Exeter and the east:
From Exeter and the east, follow signs for Torquay A380, then Torquay Seafront A3022. You will arrive at a 5 roads junction with the gates to the Abbey ahead of you. There is no parking in the grounds but you can take 2nd exit, Chestnut Avenue for parking at the front of the Riviera International Centre OR sharp right, Walnut Road for Torre Valley car park. Both are just 2 minutes walk from the Abbey and are pay and display.

From Babbacombe, Paignton and other areas of Torbay:
Follow the seafront and turn into Rathmore Road, immediately next to the Grand Hotel. Follow this road with the station on you left and you will reach the five roads junction – sharp left for Walnut Road, Torre Valley car park and straight across for Chestnut Avenue, Riviera Centre car park.

--- By Bus -----------
The Abbey is 5 minutes walk from all seafront bus routes. In summer the Torquay road train will call in to the Abbey grounds.

--- By Train -----------
Torre Abbey is 10 minutes walk from Torquay Rail Station (not Torre). From the station head NE along the seafront then approach the Abbey along The King’s Drive. 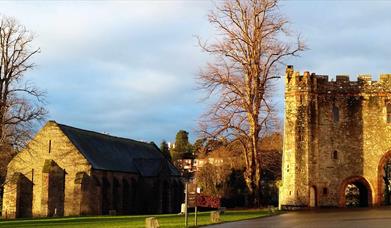