You are here: Home > What's On > The RUBETTES 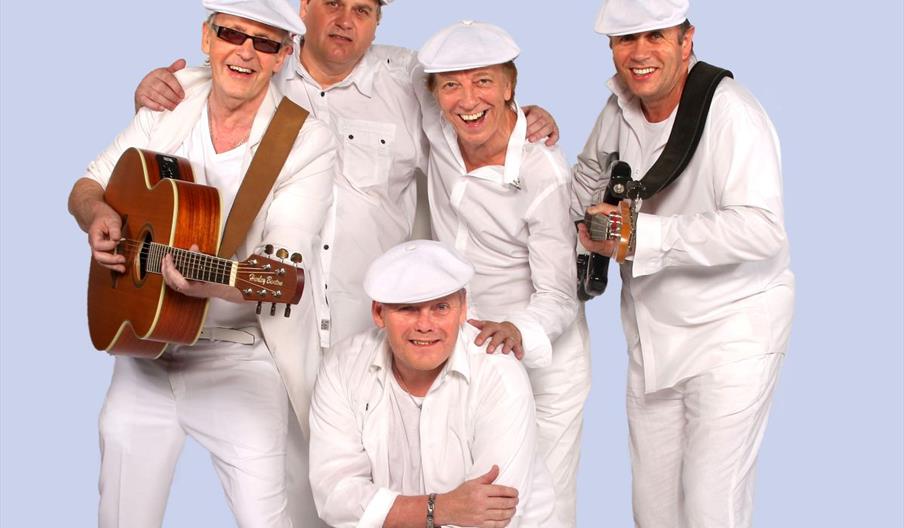 The Rubettes stormed their way to the top of the UK charts, with their million-selling single “Sugar Baby Love” and went on to repeat their incredible success story Worldwide!

With their famous White Caps and a unique Doo-wop/Rock ‘n’ roll style, they notched up a string of international hits with “Juke Box Jive, “Tonight”, “I Can Do It”, “Foe-Dee-Oh-Dee” etc, racking up sales of over 30 million records and they were undoubtedly one of the most original bands to come out of the ‘Glam-Rock’ era. Now in their 40th Anniversary year, in most countries of the World you will still hear a Rubettes song played on the Radio/TV at least once a day and that is a testament to the band’s enormous popularity.

Not many bands can boast a career spanning five decades and still performing, but the legend lives on with The Rubettes! With their distinctive trademark vocal harmonies and the musical ability to reproduce and enhance those unforgettable hit sounds, this band is thrilling audiences and making many new fans, with their stunning live show. By introducing a freshness and some great new songs alongside the ones we all love to hear, this is a first class, quality act, that really delivers, with a passion for each performance.

This is 21st Century Rock ’n’ Roll at its best!

An asset to the English Riviera for over eighty years Babbacombe Theatre is renowned for wowing audiences with their highly acclaimed family variety shows, most especially since 1986 when Matpro Limited took over the venue.