You are here: Home > What's On > The Darkside of Pink Floyd

The Darkside of Pink Floyd 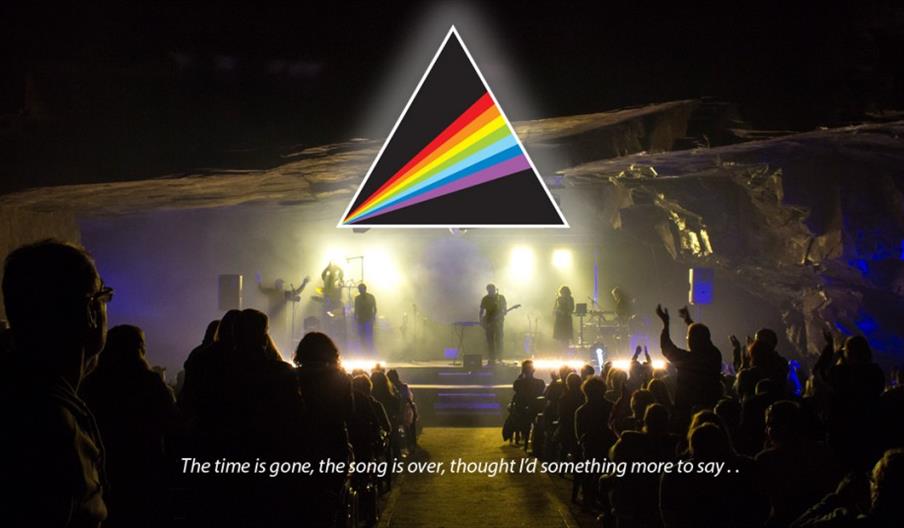 Due to the demand for their exquisite reproduction of Pink Floyd’s classic music, The Darkside of Pink Floyd are a regular feature at major National music venues, festivals and theatres. They were also the first band to play a live public performance inside the prehistoric caves of the world famous Kents Cavern and they’ve had four sell-out concerts deep underground at Carnglaze Caverns as part of their highly acclaimed ‘Echoes of the Past’ tour.

The band are regulars at the World’s Biggest and Best Tribute Festival, having played, and headlined in 2018, to capacity crowds at Glastonbudget for six years. They have also headlined at BMAD, one of the biggest Music & Motorbike Festivals in the UK. Nominated as Best Tribute Act in the South West Music Awards.

Their  new show for 2021 will feature more theatrical effects and lighting, as well as new songs, recently added to their already extensive set list. The touring show now has a brand new, fully automated light and laser show.

Call into the Visitor Information Centre on Torquay harbour side to book tickets.

Babbacombe Theatre, TorquayA valuable asset to the English Riviera, the Babbacombe Theatre in Torquay, is renowned for wowing audiences with their highly acclaimed family variety shows, performed throughout the year by a professional cast. The venue, originally a concert hall, opened its doors in May 1939, and ever since…