You are here: Home > What's On > Rock with Laughter 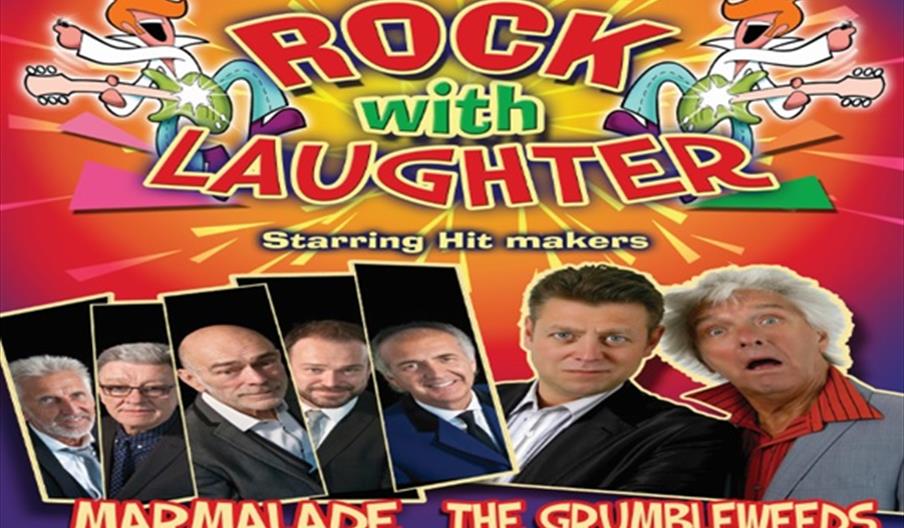 Ob-la-di Ob-la-da, the comedy and classic hits go on and on in the best night of non-stop entertainment you’ll enjoy this year.

Join Marmalade as they take you back with their million selling hits – Lovin’ Things, Cousin Norman, Reflections of my Life, Radancer, Rainbow, Falling Apart at the Seams and, of course, the No1 single Ob-la-di Ob-la-da.

The evening of laugh-out-loud comedy and classic late Seventies and early Eighties hits is compered by TV favourites The Grumbleweeds. Discovered on Opportunity Knocks, their BBC Radio 2 show was such a success it evolved into a hit TV show, ambiguously called “The Grumbleweeds Radio Show”, launching them to super stardom.

Join this never-before-seen pairing for an evening of reminiscences and damn good fun and music that will have you literally rocking with laughter.

The BABBACOMBE THEATRE, has been a valuable asset to the town for nearly eighty years. Renowned for wowing audiences with their highly acclaimed shows, most especially since 1986 when Matpro Limited took over the venue, you can feel confident that a night at the Babbacombe Theatre will deliver on the ENTERTAINMENT factor!

Tickets for sale at the English Riviera Visitor Information Centre on Torquay harbour side.