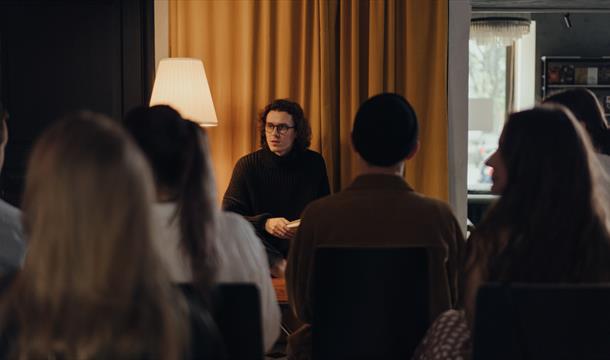 In this session bestselling crime fiction author Vaseem Khan takes us on an exhilarating journey from the last days of the Raj to the heart of modern India. Vaseem's Malabar House series is set in 1950s Bombay, just a few years after Indian independence, the assassination of Gandhi, and the horrors of Partition, events Vaseem examines in this illuminating talk. Vaseem will also reveal Dante's unique connection to the city of Bombay The first book in the series,* Midnight at Malabar House*, won the Crime Writers Association Historical Dagger and introduced Inspector Persis Wadia, India's first female police detective, and her co-investigator, English forensic scientist, Archie Blackfinch.

Vaseem Khan is the author of two award-winning crime series set in India. His debut, *The Unexpected Inheritance of Inspector Chopra*, was selected by the *Sunday Times* as one of the 40 best crime novels published 2015-2020. In 2021, *Midnight at Malabar House*, the first in the Malabar House novels set in 1950s Bombay, won the Crime Writers Association Historical Dagger, the world's premier award for historical crime fiction. Vaseem was born in England, but spent a decade working in India. Vaseem co-hosts the popular crime fiction podcast, The Red Hot Chilli Writers. In 2022, he edited *The Perfect Crime*, an anthology featuring some of the world's best crime writers from diverse backgrounds. His website is www.vaseemkhan.com

Quay Words is collaborating with the International Agatha Christie Festival to present this Exeter-based event, celebrating the legacy of Agatha Christie in Exeter, a UNESCO City of Literature.

You can purchase copies of Vaseem's books from The Bookery in Crediton here.