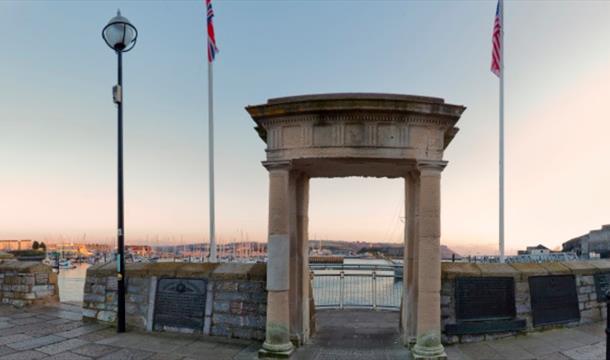 Incredible events and exhibitions to enjoy in Plymouth this summer

This summer, Plymouth will once again be home to an impressive programme of events.

The line-up includes everything from Mayflower commemorations and thrilling sailing races to live music events, as well as the return of the beloved British Firework Championships.

The 2021 event programme highlights include:

The Four Nations Ceremony is the UK’s flagship Mayflower 400 event, marking the closure of the international Mayflower 400 commemorations.

This impressive theatrical production with live music, song, drama and film will tell the Mayflower story from all angles, including direct from the Native American Wampanoag tribe.

At the heart of the event will be a gigantic choir of 1,000 voices accompanied by the full concert orchestra of HM Royal Marines Band, Plymouth.

Visiting dignitaries from the four nations (the UK, US, Netherlands and Wampanoag) will also be taking part, reflecting on what that historical voyage means to our world today.

One of the world’s most impressive sail racing events, SailGP, will stop in Plymouth in 2021, following the season opening events in Bermuda and Taranto, Italy.

Known as Britain’s Ocean City, Plymouth has been selected to host the Great Britain Grand Prix, the third event of SailGP Season 2.

SailGP features eight national teams made up of the sport’s top athletes including Britain’s own Sir Ben Ainslie, the world’s most successful Olympic sailor leading the Great Britain SailGP Team.

The high-speed, adrenaline-filled racing will take place on Plymouth Sound each day, alongside onshore activity throughout the afternoon in the race village where you can watch the action "close- up" on big screens while looking out over the racecourse from Plymouth’s famous Hoe.

This August, theatre-makers Trigger will stage The Hatchling, an extraordinary outdoor performance bringing a worldwide myth to life.

A giant puppet in the form of a dragon will appear in Plymouth and roam through the city, exploring its new surroundings and interacting with the public.

The Hatchling, which stands at over 6.5m tall, is the largest-ever puppet to be solely human-operated.

It is constructed from super lightweight carbon fibre weighing less than a piece of hand luggage, allowing it to be operated by a team of 36 puppeteers working in rotation in groups of 15.

Upon hatching the dragon will explore her environment, stopping traffic as her curiosity takes her through the city and she meets members of the public.

The dragon was designed by a palaeontologist and is based on the pterosaur, a prehistoric reptile that was one of the largest flying animals ever to have lived.

At sunset on Sunday 15 August, she will undertake a miraculous metamorphosis into a kite, unfolding her wings spanning over 20m. Flying from a clifftop, she will soar into the sky and across the sea in a once-in-a-lifetime spectacle for a live audience.

The Hatchling was conceived by Angie Bual, Artistic Director of Trigger, who was inspired by the idea of the dragon as a universal and unifying symbol.

The world-famous British Firework Championships is set to return to Plymouth's waterfront in August, with the popular annual event attracting approximately 100,000 people over two nights.

Under the sparkling night sky, viewers will enjoy spectacular pyrotechnics that will illuminate Plymouth Sound, as six top firework companies battle it out over two nights, each putting on an awe-inspiring ten-minute display in an attempt to be crowned the winner.

1 Big Summer, a three-day music event, will take place on Plymouth Hoe on the August bank holiday weekend with each day curated to appeal to a plethora of musical tastes, genres and audiences.

On Saturday 28 August, the ‘1 Big Summer’ day festival and main event follows suit with one of the biggest events ever held on the Hoe. Featuring an array of UK chart-topping acts and entertainment throughout the day, it's 'the party we’ve all been waiting for'.

Sunday 29 August is one for the whole family. 'The Great British Sausage and Cider Festival' will offer an unprecedented range of craft cider, sausage flavours, street food and entertainment, including stage games, and competitions. There will also be some special guests in the shape of some of the UK’s best-known arena and festival bands, alongside a fantastic line-up of local talent.

Officially opened last September, amidst the pandemic, summer 2021 will be the first opportunity for many to experience one of the UK’s most impressive new cultural venues.

It's highly recommended that visitors try to catch a glimpse of the Mayflower 400: Legend and Legacy exhibition, which sheds new light on a story which has endured for more than four centuries.

From 18 May to 11 July 2021, the Box will also host its first touring exhibition - Wampum: Stories from the Shells of Native America.

Like ‘Mayflower 400: Legend and Legacy’, the exhibition is an important part of Plymouth’s ongoing Mayflower 400 commemorations.

Created in partnership with the Wampanoag people, who have lived in North-Eastern America for 12,000 years, this exhibition centres on a newly-created wampum belt – a symbolic and sacred object for the Wampanoag.

The belt will be shown alongside historic materials from the British Museum and Saffron Walden Museum to explore Wampanoag life in America today, the impact of the past as well as the Wampanoag’s creative aspirations for the future.

Tickets for The Box will be available to book from mid-April. For ticket information visit www.theboxplymouth.com

For more information about all the events taking place in Plymouth this year, head to visitplymouth.co.uk