A Daughter’s a Daughter by Agatha Christie 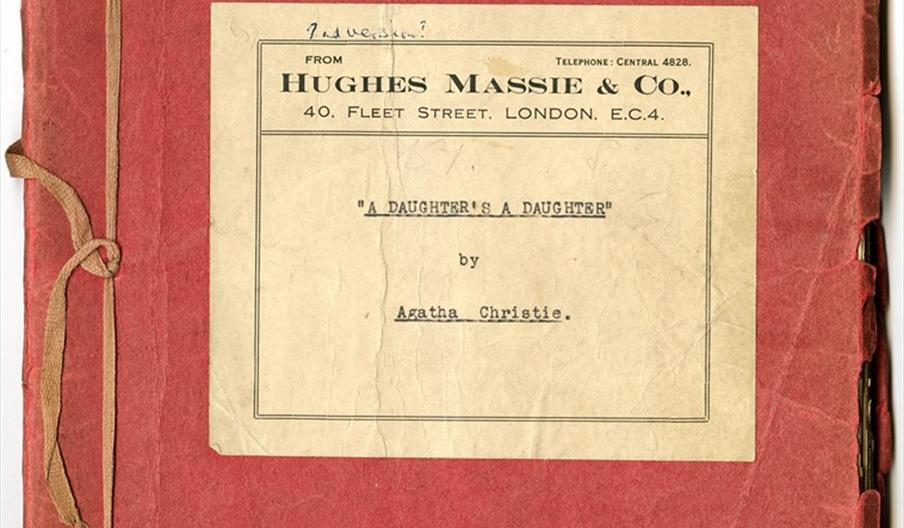 Originally written in the 1930’s, and intended as a vehicle for actress Gertrude Lawrence, the production of Agatha Christie’s deeply personal domestic drama about a troubled mother/daughter relationship was put on hold at the outbreak of the Second World War.

Why not stay over after this performance?  Click here to search for accommodation availabilty.

Convinced that it would never be performed, Christie re-worked the story as a novel, published in 1952 under the pen-name Mary Westmacott. This makes it the only original play of Agatha Christie’s to have been novelised by herself.

In 1956, A Daughter’s a Daughter was finally given its premiere for a week at the Theatre Royal, Bath, with the script updated by Christie to a post-war setting. Since then, the only staged performances of this remarkable play have been at the 2001 Agatha Christie Theatre Festival and in its West End premiere production, presented by Bill Kenwright in 2009. Although it was hailed by the national critics as a piece worthy of Terence Rattigan, it has not been performed since.

One of only two original domestic dramas written by Christie, A Daughter’s a Daughter is in many ways a companion piece to The Lie, which received its world premiere to a full house at last year’s Festival.

Now, directed by Julius Green, the team which brought you The Lie present a unique, seated, costumed reading by professional actors of this rarely performed masterpiece.